New head unit has DAB and Aukey dual dash cam was reported to have caused a few DAB interference issues from other owners of the same camera. My dash camera cable runs in the headlining on o/s and down the driver's door pillar. Decided to install a new external antenna and run the cables down n/s headlining and passenger front door pillar. Since I had the glovebox out for V68 replacement and old stereo out for a new install it was a bit easier to run the cables under the dash (still used a flexible rod to push the cables through). 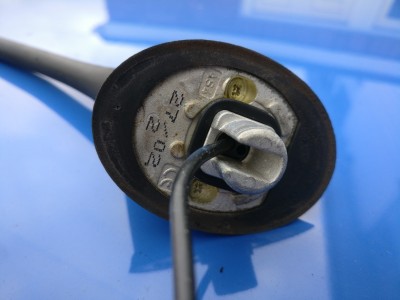 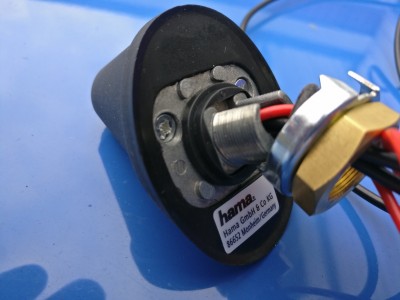 It looks very similar but you need to open out the roof aperture to 20mm to clear the plastic mount. 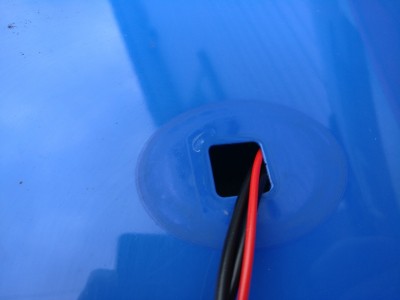 I used a countersink/step drill for this.

Put a cloth under roof and over the headlining if you are bothered to catch the swarf.

Used some Hammerite primer on the bare metal 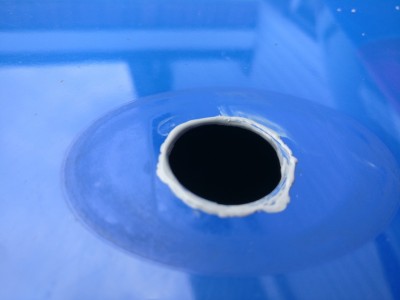 New mount has some cross marks on the top so you can use this to align it north-south.

The seal at the roof line seems fine. 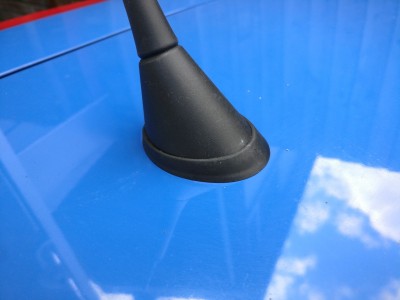 A bit shorter than the original antenna.